“HE said goodbye to her after he took something.”

This was the statement made by crew member Jeffery Hassel to police officer Akuila Maki during his caution interview on June 24, 2018.

The statement read: “On June 24, 2018, Mr Jeffery Hassel made a statement to DC Akuila Maki that when John Geoffery Nikolic had passed out, Yvette Dianne Nikolic had told Mr Hassel that Mr Nikolic had said goodbye to her after he took something.

Mrs Nikolic said that Mr Nikolic would not want to kiss her because he had taken something.

It is also alleged that they had in their possession two pistols and 112 rounds of live ammunition without a licence on June 22, 2018, in Nadi.

The 12th prosecution witness, Jone Naviri, told the court that when he received the exhibits from investigating officer detective acting Corporal Aten Prasad, he saw Mr Prasad’s signatures on each bar of the clear plastic.

When asked by Ms Kiran if he saw the marking that he saw on June 24, 2018 on the bars, Mr Naviri responded saying no.

Ms Kiran further asked Mr Naviri to explain how he knows that these are the same packages that were given to him by Mr Prasad.

Mr Naviri said that there was another signature of Customs officer Vasiti Toga on the packages.

Defence lawyer for Mr Nikolic, Wasu Pillay asked Mr Naviri to show the court the signatures of Ms Toga and Mr Prasad on the bar as per his evidence. Mr Naviri told the court that there were no signatures on the package that were before him in court yesterday.

Judge Justice Daniel Goundar questioned Mr Naviri if he was able to understand the questions being asked by the State and the defence lawyers as Mr Naviri seemed confused when answering the questions.

Mr Naviri told the court that he understood the questions.

During re-examination Ms Kiran asked Mr Naviri to show the court the signatures of Ms Toga and Mr Prasad that he had been referring to in his evidence.

Mr Pillay has argued before the court that the next prosecution witness who is a police forensic officer should not give evidence in the trial as she is not a competent officer.

He further said that a police forensic officer is not a government analyst and does not hold a government office.

Assistant DPP Lee Burney said he would be relying on the common law way of providing expert evidence.

He further said that the police forensic officer was entitled to give evidence.

Justice Goundar will deliver his ruling regarding the matter this morning. 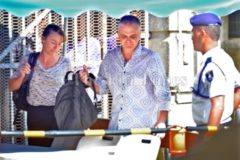 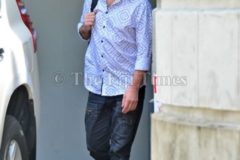 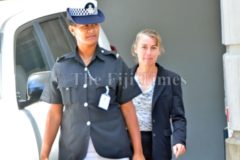 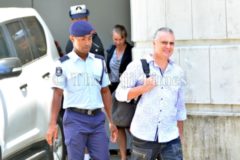