Artist Aisake Qiolele holds one of his work during the launch of the exhibition at the GPH last week. Picture: ATU RASEA

FINDING comfort on a stroke of a paintbrush after many years of confinement in a correction’s facility is like an essence of novelty for many gifted incarcerated artists.

With their past experience, confinement was a school of hard knocks for many inmates and art was an avenue to pastime and simply allow creativity to sprout.

From being marginalised by society, the Fiji Corrections Service (FCS) has allowed incarcerated artists to develop their skills and have a source of income for themselves after serving time.

The FCS New Life Art Exhibition at the Grand Pacific Hotel was a break from confinement for the artists who had the chance to showcase their masterpieces alongside former inmates who have made a name for themselves in the realm of local creativity.

The art exhibition allowed space for artists to demonstrate a side of them that is often concealed within the four walls of their confined space.

Here the ingenuity of art seeps through the pieces displayed, giving hope, acceptance and self belief to these brilliant artists.

With its name staying through to its cause “New Life Exhibition” truly sets a new life and experience for these artists.

He said it was about the artist’s desire to learn and develop an important skill that had great potential to help sustain and support them when the time comes for them to return to their communities. 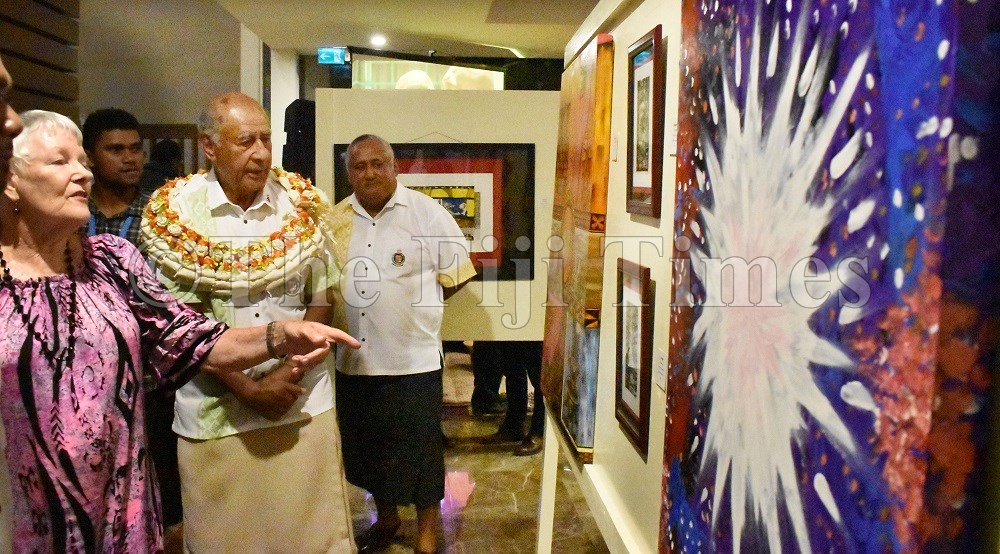 “This public exhibition will not only give members of the public the opportunity to have access to the works of the artists, but it will showcase an important aspect of the Yellow Ribbon Project and create more public awareness of the standard and quality of art produced at the Tagimoucia Gallery,” he said.

“The New Life theme fits in well with the Easter season which many commemorated.

“This exhibition features the work of seven artists and a carver, who have been working tirelessly over the last few months and more to present an exciting collection of paintings and arts in a variety of mediums under the New Life theme.

“The theme provides an opportunity for the artists to offer their interpretation of the values of the Easter season and recognise new ideas and discoveries of new art forms.”

The art exhibition which was a hit among locals during its opening night and during the weekend last week was available for purchase to the public with part of the proceeds going directly to the inmates’ cash allocation which they can access when discharged.

The rest of the proceeds were to go towards purchasing painting materials and tools for the artists. 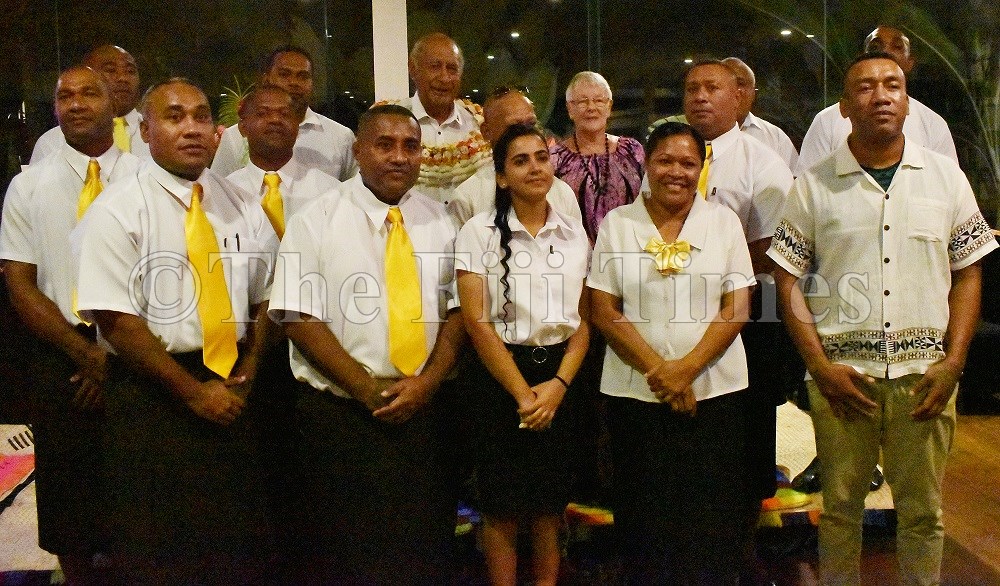 “This public exhibition of art works by the artists in corrections centres provides additional motivation for the inmates and a reaffirmation that their efforts are appreciated and that they have value,” he said.

“The art produced are aimed at attracting art lovers and helping them understand that even those who have fallen on the wrong side of the law still have much inner beauty and skills to express.

“The wonderful paintings, carvings and other works of art produced through the Tagimoucia Gallery and exhibitions such as these portray the excellent creative potential that exists behind the corrections centre walls.”

He said art and artistic expression have transformative powers that can help persons in corrections centres develop hidden skills and unlock their potential to contribute to and succeed in their thoughts.

He added the art initiative adds value and many benefits to the yellow ribbon project.

“Art is not just something for the show, it is therapeutic and helps the artists set goals for life after prison and it also provides an opportunity for inmates to be creative and to express their thoughts.”

Renowned artist, a former inmate and someone who saw the establishment of the FCS Tagimoucia Gallery, Eroni Lalakoburotu Baleinukulala said participating in the art exhibition was a way to give back to FCS. 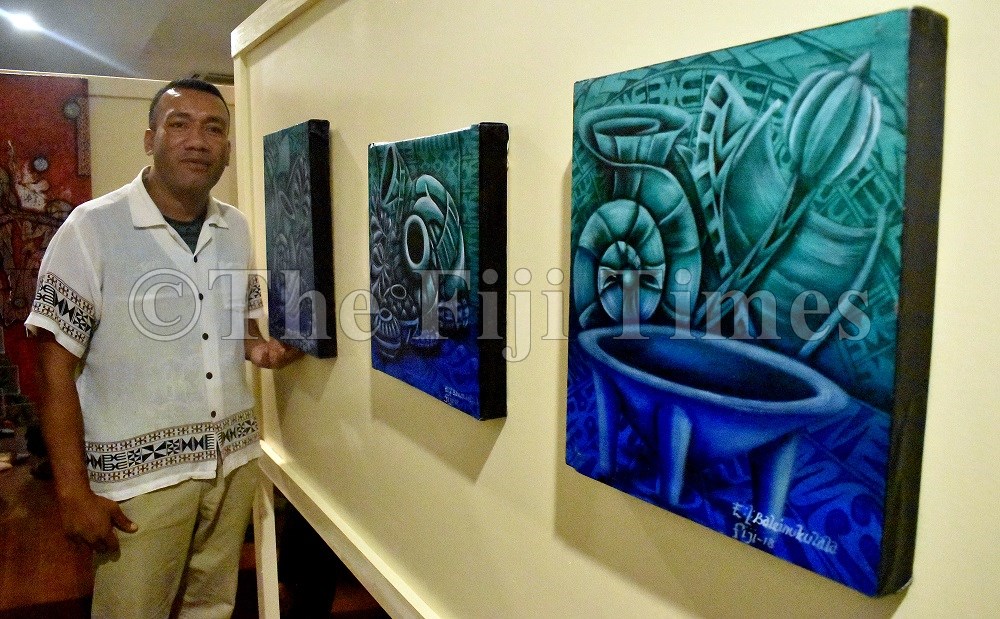 “I owe FCS and I wanted to give back through the exhibition,” he said.

“I want to inspire people so communities can work together with those who are marginalised.”

Mr Baleinukulala who comes from a clan with an artistic background from Muanaicake Village in Fulaga, Lau, has art flowing through his blood.

“It comes naturally and during my school days, I would spend a lot of time just perfecting drawings. I’ve always had that interest in art,” he said.

“During confinement, it quickly developed, and I was later trained during the introduction of the Yellow Ribbon Project.
I was then brought from the maximum prison to start the Tagimoucia Gallery.

“For me, art was sort of a release mechanism and it was freedom to me personally.
Art helped me to serve my time faster and it also allowed me to envision who I wanted to be when I leave prison which is to be a better artist.”

Mr Baleinukulala alongside former inmate and artist Alifereti Malai gave back to the cause by displaying their artwork at the exhibition to raise funds for the incarcerated artists and the gallery. 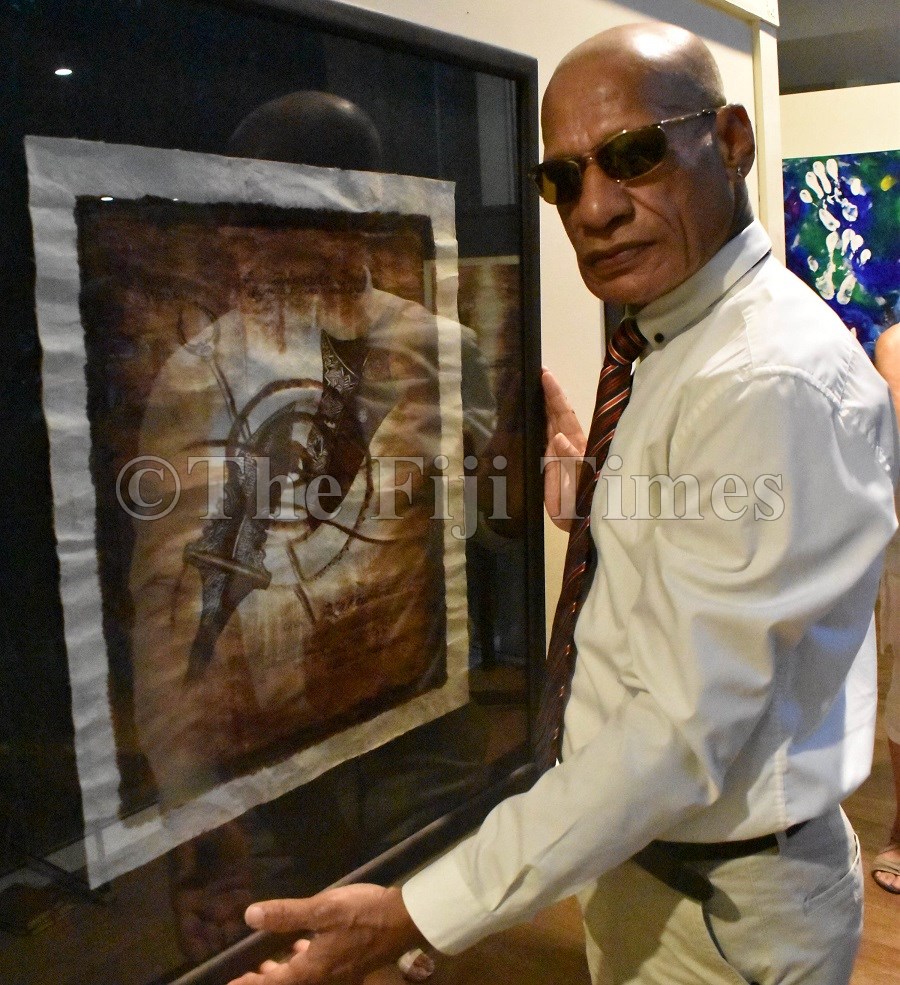 Renowned artist and former inmate, Alifereti Malai with one of this exceptional fine art piece on masi. Picture: ATU RASEA

The art exhibition was opened for three days at the Grand Pacific Hotel last week.

Many pieces were bought during the first night of the exhibition.