Point of Origin: Oldies made to feel at home

Just past the smoke spewing stacks of cement factories and a container yard lies a non-descript gravel road that leads to one of Fiji’s oldest aged-care facilities, Father Law Home.

The centre is home to residents who have contributed in some way, shape or form to society.

Sadly, if not for the patience, love and care bestowed upon them by the exemplary staff, many would have lived their twilight years alone and lonely.

The brainchild behind the aged-care facility was Australian Catholic Priest Father Hugh Law.

The home was set up in 1955, mainly to cater for men from the Chinese community who were unable to travel back to China and had no place to live. 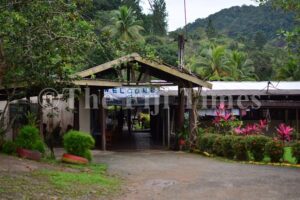 Sister-in-charge of the home Mere Lauwai said when it was opened, Father Law Home only had 16 beds.

“From what I know, there were old Chinese men in Suva and they told Father Law that they had no place to live which is why he asked for a piece of land from Archbishop Foley at the time,” she said.

Sister Mere said the elderly residents used to plant vegetables around the home to help provide food for their upkeep.

“They had vegetable plantations near the home and this really helped with their food supply, they didn’t need to look for food from elsewhere because they planted it themselves.”

She said in 1956, Father Law handed the home to the Catholic Church.

“The Catholic Church then handed over the home to the St Vincent De Paul Society, an arm of the church that assists the needy and poor.”

Sister Mere said from 1956 to date, nuns from the Sister of Our Lady of Nazareth (SOLN) provided support and were responsible for looking after the home.

“The sisters back then struggled to look after the elderly that were here because there was no water and no electricity.

“They had to take the residents to a nearby river to wash them and after that bring them back to the home, so you can imagine how difficult it was for them.”

She said many of the sisters that served at the home were now in the SOLN retirement home in Wailoku.

“Most of them have retired and some have passed on.”

“She used to stay here with her husband who died many years ago but she’s still around.

“She was a staff member of the home before and we’re grateful for her service and thank God that she has lived ’til today.”

Sister Mere has been looking after residents at Father Law Home since 2012.

“If the residents are happy then we the staff are happy.

“I always guarantee the residents a hot meal every day and we need to always keep them happy if not, they will get sick.”

She said although the home was originally established for elderly men, elderly women and those who suffered with chronic mental illnesses also lived there.

“I have been here for more than eight years and when I first came, there were already a few females living in the home.

She said the home was open to the elderly who were in need of help and a place to stay. 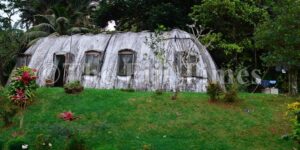 One of the first buildings that was built at the
Father Law Home in 1955. Picture: JOVESA NAISUA

“Only a few of the residents are Catholic, the rest are of different denominations.

“The home is open to any of the elderly regardless of race or denomination, it’s a place where they can be looked after properly.”

Sister Mere said on April 23 of this year, the St Vincent De Paul Society formally handed back the home to the Catholic Church.

“We have struggled financially from time to time but we are so thankful for the generosity and kindness of those who have always come to visit us.”

She said looking after a home for the elderly was no mean feat.

“They need special suffer from some sort of mental disorder.

“So every week they have check-ups at the various health facilities that cater to their needs.

“Running a home is expensive, there are so many things to consider and although the Government is providing funding for us, we need quite a bit of money every month to cater for the needs of the residents.

“It’s challenging but we do this because we know the residents have no one else who will look after them.

“We are all that they have and that is why our work here is so important despite the challenges that come with it.”

Sister Mere said they were grateful that a new management board had been appointed to take over the administration of the home.

“They have helped us a lot already and I know they will continue to do so in the coming months and years.”

She said most of the residents’ family members lived overseas.

“Once in a while they send money over for their relative who is here and sometimes when they do come to Fiji they come to visit.”

Sister Mere said to keep things interesting for the residents, the home ran according to daily schedule and there were activities to keep the residents occupied.

“You need to constantly give them an activity to do, so we have a routine in place that we follow.

“You just have to converse with them in a manner which they understand and make them feel like they are not left out.

“If you do not provide activities for them they will feel left out and in some cases they can start to feel sick.”

Her message to the public was to ensure that they looked after the elderly in their families well.

“Please care for them and look after them, I consider them the pearls of each and every family.

“They are in families for a reason – to offer advice, to offer prayers.

“Please do not forcefully remove these pearls from your homes because you will be blessed abundantly if you look after them.”

Sister Mere has acknowledged the generosity of those who have continuously visited and helped the residents of the home.

“I cannot thank you enough for always taking out the time to visit or come drop off food for the residents. 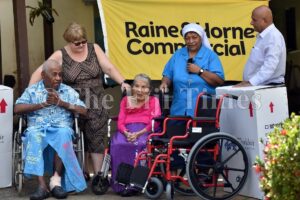