Aerial shot of the Nadi airfield in the 1940s. Picture: FIJI MUSEUM

In readiness for war, there were a few massive infrastructure developments in the colony. Among them were the establishment of our “landing strips” from which we inherited our airports.

By July 1939, it had already been confirmed that Nadi was going to be the main “aerodrome” site in Fiji.

Nausori was to have a single strip and Laucala Bay was to be a seaplane station, with a secondary station in Lautoka for active use during bad weather.

A Pacific Defence Conference (PDC), held in Wellington in April (1939) had noted the likelihood of Japan intruding into the Pacific.

This created alarm for an invasion of any Pacific Island would likely lead to raids on the British dominions of New Zealand and Australia.

Hence, as a result, authorities believed it was necessary that Fiji should be properly secured because it was an important port of entry for trade and refuelling and was the hub of the British Empire in the Pacific Islands.

In the war book “Laucala Bay, author Bee Dawson tells us that the PDC had also agreed to liaising with Britain for the establishment of an air base, two landing grounds and arrangements for fuel reserves and supplies in Fiji.

On August 14 1939, a secret request was received by the office of the Colonial Secretary in Suva. The message asked that “117 acres of land be bought for the Nadi aerodrome”. 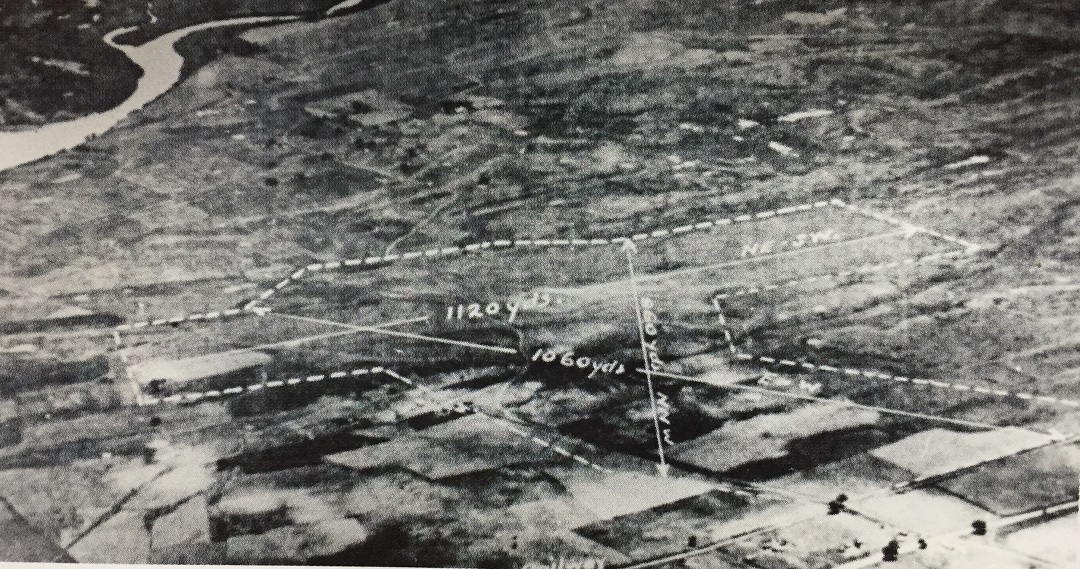 The Southern Cross Construction Company was contracted to build this aerodrome estimated at a cost of 56,400 pounds.

It was a massive project demanding significant quantities of machinery and manpower, mostly local.

Heavy machinery and earth moving vehicles were collected from all parts of NZ and shipped to Suva on the MV Matua.

Trucks were even obtained from Fiji’s gold mines and conveyors came from the sugar mill in Lautoka.

Labourers were accommodated at a camp site located at the then Provincial School in Namaka. 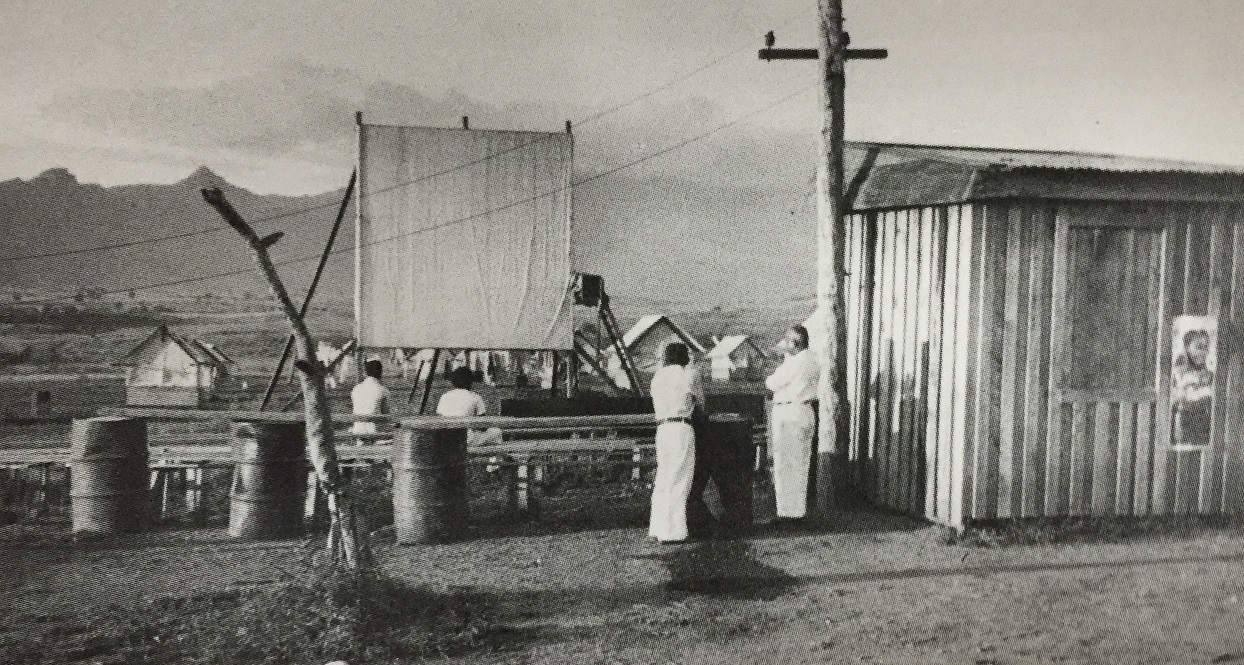 Dawson notes that by September 30 1939, a total of 25 acres of earth moving works had been completed in Nadi and Nausori and by March 1940, construction works on airfields in both locations ended.

On July 5 1940, as Japanese threats escalated, Governor Luke sent a telegram to NZ asking for a “flight of aircraft in Fiji for reconnaissance and patrol purposes”.

Two months later, in September 1940, the Fijian Government started work on setting up a reconnaissance base for RNZAF at Nadi. 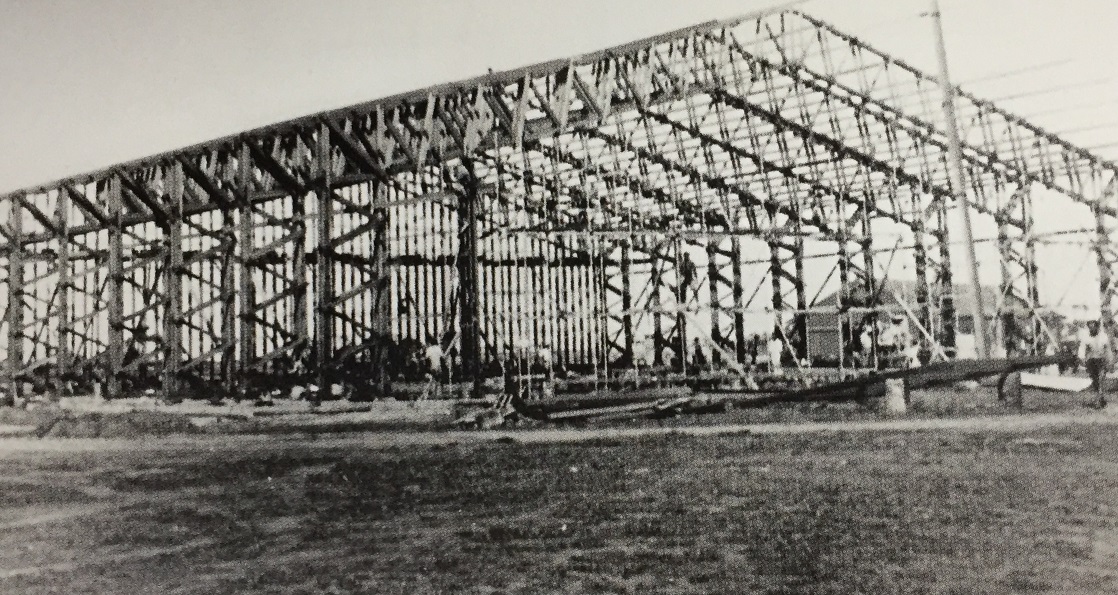 On October 11 1940, “Unit 20” the RNZAF detachment in Fiji was formed and there were three flights planned — a headquarters flight based out of Suva and a detached flight consisting of four DH89 aircraft equipped for reconnaissance and bombing based at the newly constructed aerodrome in Nadi.

The third flight, made up of four flying boats was to be based in Laucala Bay, Suva, for reconnaissance activities covering “New Hebrides, Fiji Islands and Tongan islands”.

On November 11 1940 members of Unit 20 left Auckland on two ships — the HMS Monowai for Suva and the main contingent, headed for Nadi, on the TEV Rangatira.

The Nadi group was under the command of Squadron Leader, Doggie White. It was made up of “four pilots, two navigators, two wireless operators and a 40-strong support force of fitters, riggers and armament and radio technicians”.

They lived in tents at the NZ Army’s Namaka camp, next to the new airfield.

Dawson says the earliest hangar to be built in Nadi was a structure consisting of “four poles covered with a roof of thatched banana leaves” while two marquees were set up to store equipment.

On November 17 1940, Doggie White flew out of Nadi in what was the “first aeroplane to ever be flown from Nadi aerodrome”.

Unit 20’s formal operation began on November 21 1940 and assignment was outlined in Operation Order No 1. No bomb was carried on board the plane.

However, on November 26 after intelligence received showed that German raiders would likely launch an attack on Fiji, two aircraft from Nadi was sent on patrol assignment, this time carrying two 130kg bombs.

According to Dawson life at the Nadi base was no easy feat. Facilities were very basic and soldiers were new to the local weather and environment. 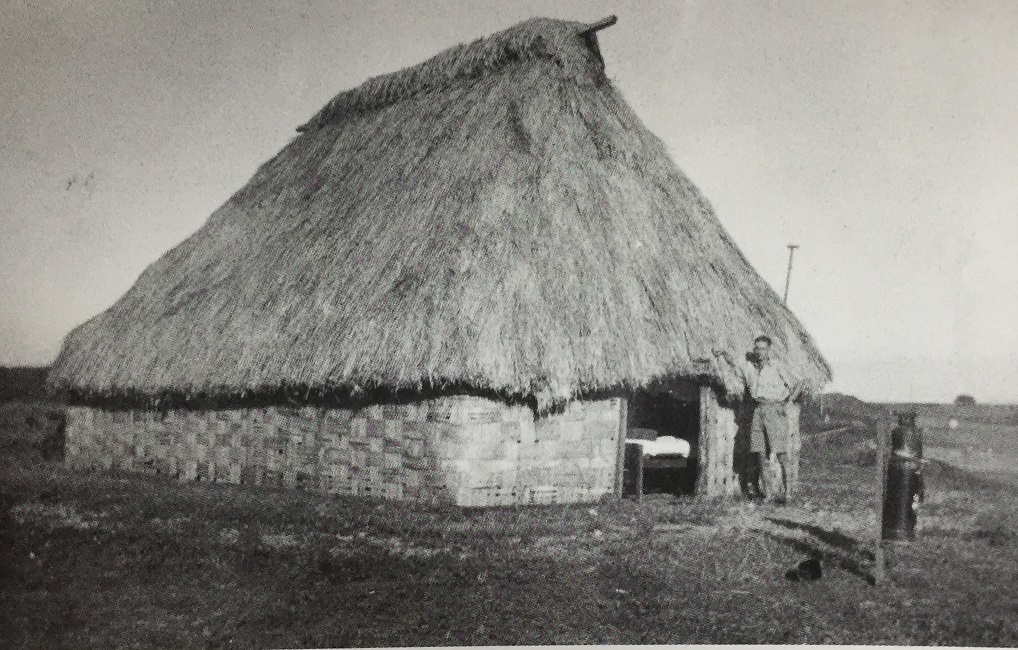 Certain places were out of bounds and soldiers of all ranks were told to avoid “fraternising with the local native population”.

They were also not allowed to dance with a native woman, enter a native kava saloon or enter native villages unless in the course of military duty. Drinking and playing sports with natives was also prohibited.

The nearest town to the Nadi airstrip was Lautoka which had the Club Hotel, the one and only pub. Wartime restrictions meant that even the hotel couldn’t serve soldiers alcohol. But unit members knew how to amuse themselves.

One soldier recalled that in May 1941 they had fun relaxing on the beach, going for a swim or watching a movie.

“Transport was no problem as local bullock wagons were on the road at all hours of the day and night, and if a trip for a few personnel was organised on Air Force truck was used,” says Dawson.

“There was always something to do, and fitters and riggers usually managed.”

As Japanese threats heightened on October 24 1941 a team from the US Army, Air Force and Navy arrived in Nadi.

The purpose of their visit was to assess the airfields manned by NZ soldiers to see their potential as a staging point on a new southern ferry route to Australia and the Philippines.

Accommodation units in Namaka were once again improved and the aerodrome in Nadi was improved to carer for busy air traffic.

On November 17 1941 the US formally asked NZ to upgrade the rudimentary Nadi airfield and build an additional runway. From then on Fiji was be used to accommodate American aircraft on the South Pacific air-ferry route.

The first runway was planned for use by January 15 1942 and as a result the Fiji aerodrome project, at an estimated cost of 1.2 million pounds, was prioritised “over all other works in New Zealand”.

The Fiji Times noted that in November 1941, John Sverdrup was commissioned by the United States to “organise the building of a chain of airfields in the South Pacific”.

In Fiji, he made arrangements with the Governor, Sir Harry Luke, for “the wartime use” of land in Nadi suitable for this purpose.

He then went to New Zealand where at two hours’ notice, Prime Minister Walker Nash, agreed to make NZ Air Force and civilian construction teams available to build the Nadi base.

It is said Mr Sverdrup made a sketch of the main Nadi runways on an envelope and noted the estimated cost of around 250,000 NZ pounds.

The “unconventional” agreement between NZ’s PM and Mr Sverdrup was formalised using their initials.

The “document” was reproduced later in The Fiji Times of June 9 1964 when Mr Sverdrup visited Fiji with his wife for a holiday, almost two decades after the war.

The three runaways constructed in Nadi were all 7000 feet long and 200 feet wide.

The pressure of making the deadline loomed. All hands were needed on deck.

One family that lived around the airfield at the time was the Kennedy Family, who owned a large piece of land in Nadi. 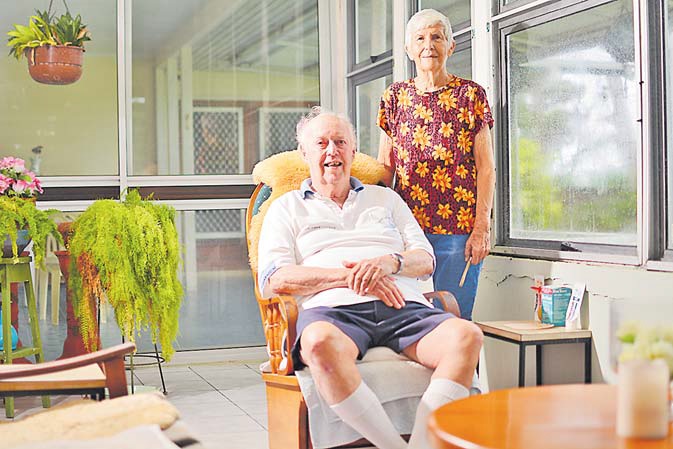 Robert (Bob) Kennedy and his wife Coral at their home in Korotogo, Sigatoka. Picture: JOVESA NAISUA

The Kennedy’s homestead was where Mount St Mary in Martintar is located today.

During an interview with this newspaper in September last year, former swim coach, local tourism icon and businessman, Bob Kennedy said WWII had a hand in shaping Fiji’s aviation industry.